On Tuesday, Shanghai nickel prices hit a record high, boosted by a strong demand from the industrial sectors and low stocks around the world. 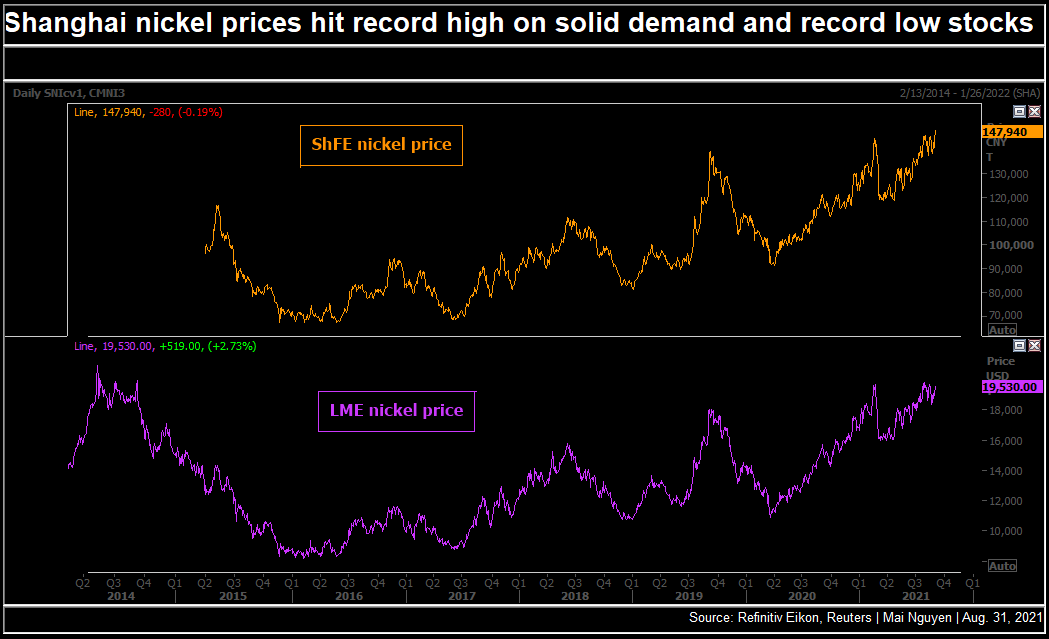 “Orders for stainless (steel) products are being extended through the end of the year, mainly due to the strong recovery in demand from the lockdowns and distribution disruptions related to covid-19. Delays in delivery are forcing consumers to place orders much earlier than necessary, ”Andrew Mitchell, head of nickel research at Wood Mackenzie, told Reuters. 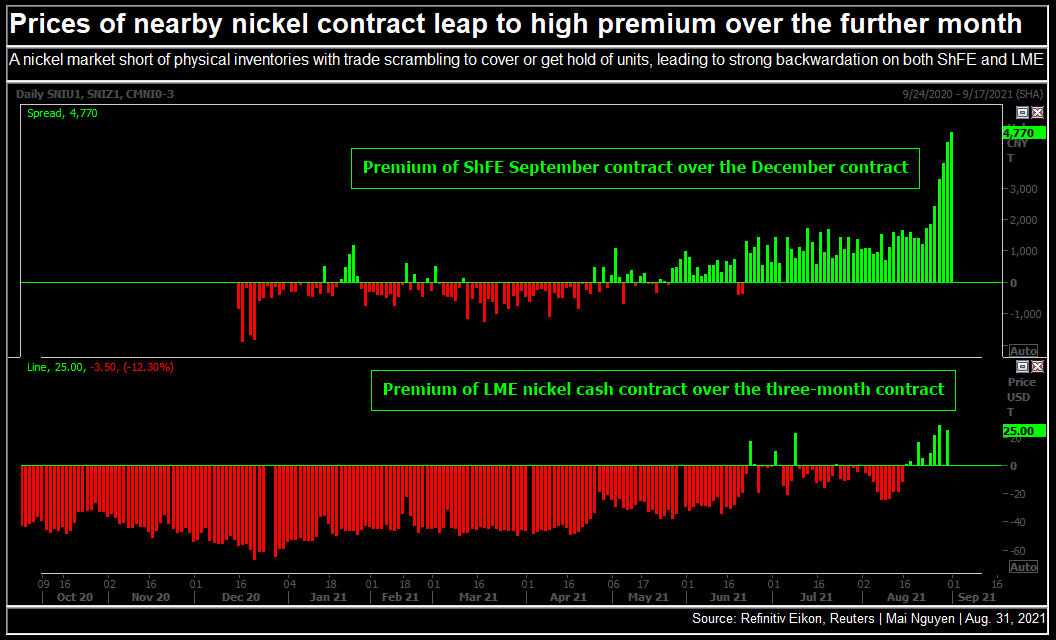 On the supply side, ShFE's stock of refined nickel reached a record low of 4,455 tonnes, down 89% from a year earlier. LME stocks also fell to their lowest level since January 2020 at 194,466 tonnes. 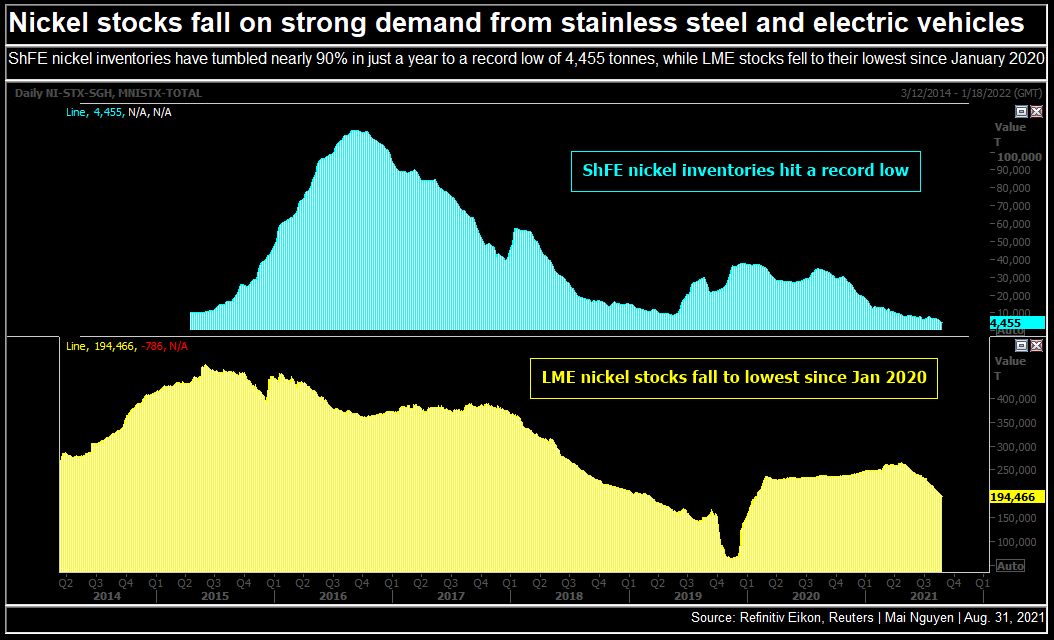 According to a Chinese nickel trader, the high prices on Tuesday were partly due to a short squeeze (a rapid increase in the price of a stock owing primarily to an excess of short selling of a stock rather than underlying fundamentals) in the market.

In addition Alastair Munro of Marex Spectron stated“Here is a market short of physical with trade scrambling to cover or get hold of units and also demonstrates a lack of positioning by our estimate.”

Nickel, however, may face pressure for the rest of the year from calls to cut stainless (steel) production in China, driven by oversupply and power rationing, at a time when macro data is restrained, Wood Mackenzie's Mitchell said.

Mitchell added that the wave of cutbacks in the auto industry due to a shortage of semiconductor chips is more likely to reduce demand for nickel in the fourth quarter and last until 2022.